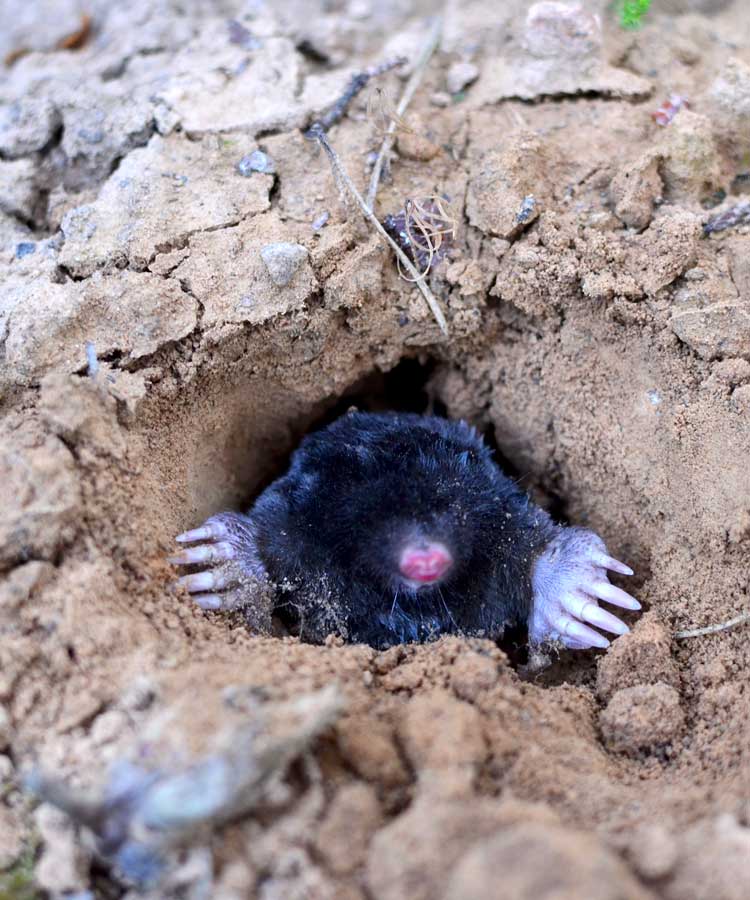 When it comes to moles there really is only one way to deal with them. A trap set in the right place in the correct fashion.

Take no heed of any of the old wives tales you may hear, nothing works like a well placed trap set by an expert mole-trapper.

In this particular instance that’ll be me.

Moles are known pests to human activities such as agriculture, lawncare, and gardening.

They cause damage indirectly as they eat earthworms and other small invertebrates in the soil. They will also eat larvae and grubs in the summer months. They are most active in the autumn and winter because they have to maintain their body weight and temperature.

Moles breed once a year in March/Early April. A mole litter will consist of around four and up to seven.

Based in Sevenoaks providing Pest Control services across Kent, Surrey and Sussex